Peter is Chairman of Box In Box Out, LLC, and his primary responsibilities are business development and strategic planning.

Before purchasing Box In Box Out in 2007 with several other investors, Peter was the co-founder (1980) of Plow & Hearth, Inc.. Plow & Hearth is a national multi-channel retailer of products for home, hearth, yard and garden located in Madison, VA. In 1998, he and his partners sold Plow & Hearth to 1-800-Flowers.com, and in 2005 he retired from Plow & Hearth after 25 years as its President and CEO. Peter then served for 6 months as interim president for Winetasting Network, a fulfillment and distribution center for high end wineries in Napa, CA, owned by 1-800-Flowers.com.

Prior to founding Plow & Hearth, Peter was involved in the formation of two other start-up companies, Blue Ridge Mountain Sports (a specialty retailer of outdoor apparel and equipment) and Phoenix Kayaks (a manufacturer of kayaks and related accessories).

Peter received his BA from Williams College and his MBA from the University of Virginia’s Darden School. Peter is an avid outdoorsman (hiking, skiing, kayaking, fly-fishing, and bicycling) and enjoys tennis and golf. He and his wife Peggy live in Madison, Virginia. 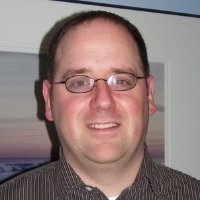 Keith is President of Box In Box Out, and his primary responsibilities are operations, technology, human resources and strategic planning. He is also very involved in the sales and marketing end of the business.

Keith has been in charge of operations and technology at Box In Box Out for 18 years and has been its president since 2008. Keith is an IT wizard and implemented the company’s state-of-the-art Warehouse Management System (WMS), complete with EDI capability and RF scanning. The system provides real-time reporting for our customers via their own web browsers. Keith and his team do custom integration to provide automated communication between our customers’ systems and the Box In Box Out WMS. He has also been intimately involved in the development of a number of commerce-enabled websites, using the excellent MagentoCommerce platform, and works fluently with a number of programming languages, including HTML, PHP and SQL.

Prior to starting at Box In Box Out, Keith was in charge of call center and warehouse operations for a publishing company in Charlottesville, VA. Before that he was a branch manager for Enterprise Rent-A-Car.

Keith graduated from Virginia Tech with a B.S. in Marketing. He is an avid guitar player and collector,  music lover and coaches soccer for a local high school. He, his wife Lisa and their two children live in Ruckersville, VA. 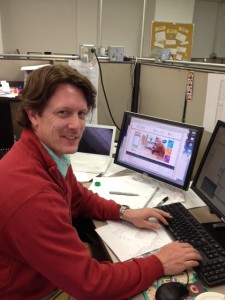 Brad joined Box In Box Out in 2013 as IT Director, with primary responsibilities of keeping systems and servers up and running, along with ensuring successful and accurate data flows, both within Box In Box Out’s internal systems as well as to and from our clients’ diverse range of information systems. Brad is fluent in HTML, PHP, SQL, and XML, and has a working familiarity with JSON, MongoDB, and CSS. Prior to joining Box In Box Out, Brad was the Senior Content Manager for the U.S. Postal Service’s online storefront since 2007, following a seven-year stint as a MySQL/PHP consultant for a variety of publishing and ecommerce groups, and five years as the lead systems and operations manager for a Charlottesville publisher. Brad studied Magazine Writing & Editing at the University of Missouri’s School of Journalism, and has enjoyed using his love of soccer and music, nurtured as a young man in suburban St. Louis, MO, to help feel at home where-ever work took him. His 20 years experience has included two stops each now in New York City and Charlottesville, along with intermediate stations in Paris, and Washington, DC. He and his wife, Julie, and their two boys call Charlottesville, VA home. 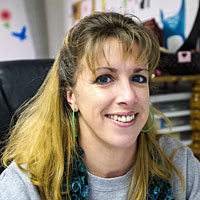 Robyn has worked at Box In Box Out since 2011. She manages the day to day order processing and kitting and assembly work for our customers. Previously, Robyn worked for 10 years at Plow & Hearth, a national catalog and on-line retailer. For 5 of those years she managed all aspects of the direct to consumer drop-ship program with P&H’s many drop-ship vendors. Robyn also worked for 2 years as a tasting room manager for a local winery. 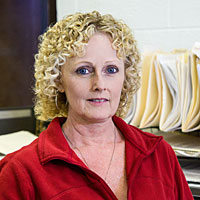 Robin has worked with Box In Box Out since 2010. Robin has worked with an incredibly diverse number of product categories, from cosmetics to modern furniture and from books to audio equipment. Robin also worked for 6 years as an executive assistant for a Virginia winery and equestrian company.  Her current responsibilities include shipping and  supply ordering, as well as billing for monthly services for all of our customers.

Copyright BoxInBoxOut - All Rights Reserved 2022
Back To Top